Stewart Island is quite a nice place really, nice pub, excellent Four Square that sells lollies I like and everything else at reasonable prices, there just one thing - Roosters they just keep cock-a-doodle-dooing all night, all day, all the time, arrrrrrrrrgh!
Posted by Neil at 15:19 No comments:

Invercargill - Pride of the South

Well Invercargill once you've driven around it a bit is quite a big place with some very large hardware stores. I thought their Mitre 10 was big until we drove downtown and discovered Hayes for hardware a 100ft wall of spanners and a free motor cycle museum in the same place. Plenty of Burt Munro memorabilia and a tape dispenser to reassemble the Coppelia resupply box before catching the ferry
We picked up Kat and Storm in the morning on the way to the ferry and enjoyed a mostly smooth sailing across to Oban

Early Start for a Change

Early wake up call on the straitsman at 5:30am quick shower and back down to the car we were on the road to timaru by 6:30am. Driving down the coast was fairly uneventful the roading is mostly fixed and there are still some long smooth straights to wind the volvo up to get past the car, freight and milk trucks that came off the ferry in front of us. Breakfast of coffee plus bacon and egg pie at the kaikoura BP not so bad for a pie from a servo, then straight on to Timaru and the Ship Hop brewery.

On arrival we discovered to our disappointment that Ship  Hop is only open on Friday evenings the shop was deserted looking through the windows revealed a small brewery with attacked retail and tasting facilities.

Walking down the road a bit further we discovered a Speights Ale House. Nice lamb salad and two pints of their IPA and i felt restored. 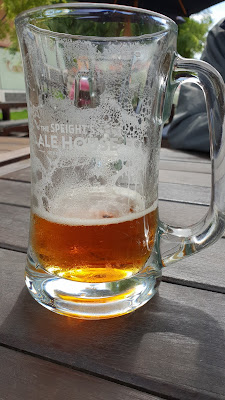 on to Invercargil tomorrow to pick up Skinners dehydrated food for the next leg (I have Coppelias already in the car) and have a look at how back country make their meals up.

1:30am Waiting in Bluebridge Queue

Today was make or break for the brewery tour 3 days no brewery we have managed pies and or chips every day but it's definitely crunch time now. Mike's Brewery was in the wrong direction so Roots brewing co. would be our first opportunity to have a fresh from the tank brew.

First things first we needed to visit Cape Egmont Light house  Google lead us on a wild goose chase through the back blocks of the middle of nowhere we eventually found a sign pointing to highway 43 and headed back to the coast. Not our first bad google experience this trip.
On to Whanganui. Pulling out from the light house we slipped in behind a parade of classic American cars which was driving past as part of an Americana festival being held locally. The throngs of teaming kids out on the  side of the road got to see the American muscle  cars going past with our Swedish Volvo holding up the tail end of the procession.

Roots brewery was a fail. The signage was so poor we drove straight past it. We decided on Tuatara or bust fortunately they opened at 3pm so were ready to serve cold beer and hot pizza on our arrival at 3:15.
Plenty of take home supplies purchased for later consumption. Back in the car we head on down to Lyall Bay to Parrottdog. I had the LB Nitro Stout good but not exceptional Pete got stuck into a larger.
Thanks to Pete's sister Bernadette and family for feeding us dinner and looking after us till check in time at the ferry
Posted by Neil at 18:58 No comments:

Up sticks this morning and a long drive to New Plymouth was the plan for the day. First things first coffee, then pack the car, then leave. We headed down to Auckland to visit my cat Chairman and to drop off the fuel tank and various unwanted pieces of baggage. Chairman was asleep as usual but once awake seemed pleased to see me. Apparently he's been well behaved and not left any presents of dead birds in my shoes yet.

Lunch from the Lekk bakery in Bayswater, this is the bakery at the start of my street so I had the prerequisite Steak and mushroom pie which the Blog was named after and also a rather giant cream doughnut

On to New Plymouth  with Pete behind the wheel for the first time. Everything was a bit uneventful till 20kms past Piopio where we were stopped by a fairly large fire in a caravan which had then set the surrounding countryside on fire. Lots of smoke, fire appliances, police and water tankers and us stuck for an hour with a fuel tanker behind us before getting turned round and having to do a giant loop detour to get back on the road to our accommodation.

Observations from the road: Clapped out jags seemed to be driven by wankers. Delica 4WD vans travel at excessive speed then stop randomly, then over take you again 15mins later on blind corners.  The February super-moon is tonight and looks pretty big (14% Larger and 30% brighter according to Mentalfloss), apparently March's (21st) will be even bigger.

Mikes brewery was well shut by the time we came past so off to the local pub (the Fitz) for dinner kitchen was closed (9pm) also missed the quiz so no practice for the south sea hotel. We had to settle for MacDs for dinner.
Posted by Neil at 03:12 No comments:

Coffee at 7:30 am followed by showers all round then down to the yacht club for briefing. Race management seemed concerned about some tropical cyclone. Cooked breakfast then back to the house to pack up and deliver Rob and Sally off to the boat.

Pete and I then scored a very nice ride out to watch the start on Karamea A local ferro cruiser. No prangs or restarts so back to the club house for ginger beers, then back to base to organize our trip south.

In the afternoon it was off to cape reinga to recheck the road signs as last time there was some discrepancy in the length of New Zealand, we will report our findings once we reach bluff. No signs of the boats at 5:30pm (no wind either) so back to base for dinner. 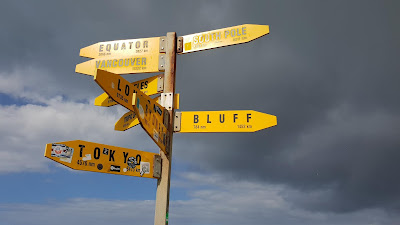 Observations from the road: Red cars go slow in northland. Shops including the takeaways close at 6pm so the only place to get dinner is the pub (kitchen closes at 8pm) so don't dawdle.

Not exactly a brewery tour but Macs gold for Pete and Panhead super charger and Pilsner on Tap for me to have a few samples of.
Posted by Neil at 02:21 No comments:

Sitting Amongst the Mosquitos at Monganui

Sunday morning arrived with chairman meow, meowing outside my window with a skink in his mouth at 6am. Open the door and a couple of strokes later  the skink managed a getaway minus its tail. Go check the tracker not finished yet go make a coffee and put some food out for the cat. Phone call from sally bring spare keyboard and water. once dressed i brave the drive into Devonport and buy requested items head back home to load the car and collect Pete.

Observations on the road The Volvo hates road works stones keep getting caught in the brakes making dreadful noises. remote will no longer will open the car doors.

Arrive Monganui Sally and Rob sleeping on boat so can unload the car and have a sneaky beer before water taxiing out to the boat to fold the sails and help bring the boat along side to change the water in the water tanks.

I had remembered we weren't going to be in Auckland so had stocked up on some cash to buy food and drink at the yacht club where we had excellent lamb shanks for dinner. A few sad faces from their finishing spots at prize giving but no one was actually disappointed everyone raced hard and the weather didn't play ball for some.

Full house in our accommodation tonight, apparently I am the new loudest snorer.
Posted by Neil at 00:05 No comments:

And the Race is off

An early start to the morning with first coffee then feed cats then shower followed by the packing up the volvo for the quick trip north to Gulf Harbour. A few quick boat tasks and then filling all the water tanks and bottles and Coppelia was ready to sail own to the start.
Off I go back down to West Haven to meet the other faithful supporters at R peir for a trip out on the Force Eleven to watch the start. In previous lives both Rob and Sally have Skippered the Force and now as its more of a cruiser cruiser Pete was happy to let us all come out for a spot of bubbly, beer and flag waving.
There's plenty of better footage of the start than I managed but special mention to Sara and Christine who when out in a rhib in fairly fresh to frightening conditions to cheer sally and rob on.

Back in the marina we had a few more liquid refreshments and decided it was probably wise to walk back to swashies for some food before driving home.
Posted by Neil at 23:34 No comments:


Ruby as you can see in the picture below is not quite back in one piece yet. After mostly finishing my light house I sent her off to a coach builders for a little work, its seems there wasn't a single piece of metal work on the old girl that wasn't bent, rusted and bogged. Some of the previous 14 owners didn't seem to realize expanding foam covered in paint isn't usually considered a structural element, so repairs are taking a little longer than expected hence the need to take the Volvo. 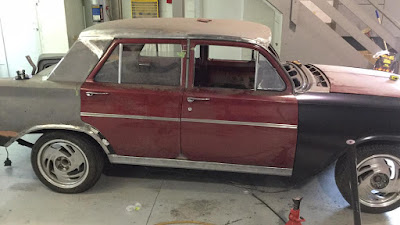 This time round instead of visiting light houses and using AA touring maps from the 90's I thought I'd try the NZ Craft Beer Map I found on the interweb. 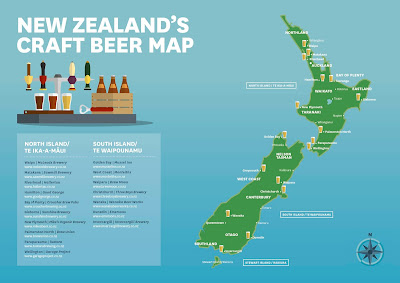 Its doesn't seem to have a lot of roads marked and I'm not sure if it has stops in sensible locations, but I will report in on the odd craft beers I find on my way round the country along with the usual bakeries and fast food joints of note.

This year my faithful SSANZ sailing skipper Peter is coming with me, he's done quite a bit of sports management in the past so hopefully he knows where the stop overs are and who to talk to to get us out of any troubles we may get into out on the road.
Check back soon as more posts are coming.
Posted by Neil at 20:37 No comments: